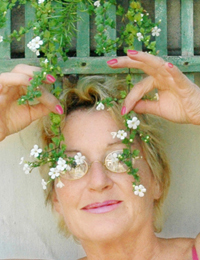 Helene Waldner first got her professional photographic know-how while working as a photographic lab assistant and later as a press photographer for the Austrian daily newspaper "AZ". As from 1990, Helene Waldner has made a name for herself as a freelance photographer, mainly focusing on portraits and interviews, with renowned business and news magazines such as profil, trend, Spiegel, Business People, ARTnews, CASH or the Wall Street Journal. Nonetheless, she has also become a much sought after PR and advertising photographer for companies such as Böhler-Uddeholm AG, Autorevue, Stars & Cars, Red Bull, Siemens, Philips and BA-CA Kunstforum Vienna, among others.
The unique and expressive staging of her pictures (many of which were already presented at various exhibitions, among others), predestined Helene Waldner to become a much sought after photographer for numerous stars, VIPs and artists from Donald Sutherland to Joe Zawinul and from Alexander Wurz to Hans Staudacher. Helene Waldner has been just as responsible for numerous stills at productions by ORF, RTL, NBC, EBO Film, Dor Film, Star Film or MR Film as for cover pictures at music productions for Universal Music or Bellaphon. As a photographic artist, Helene Waldner mainly focuses on portraits of women and disguised pictures.